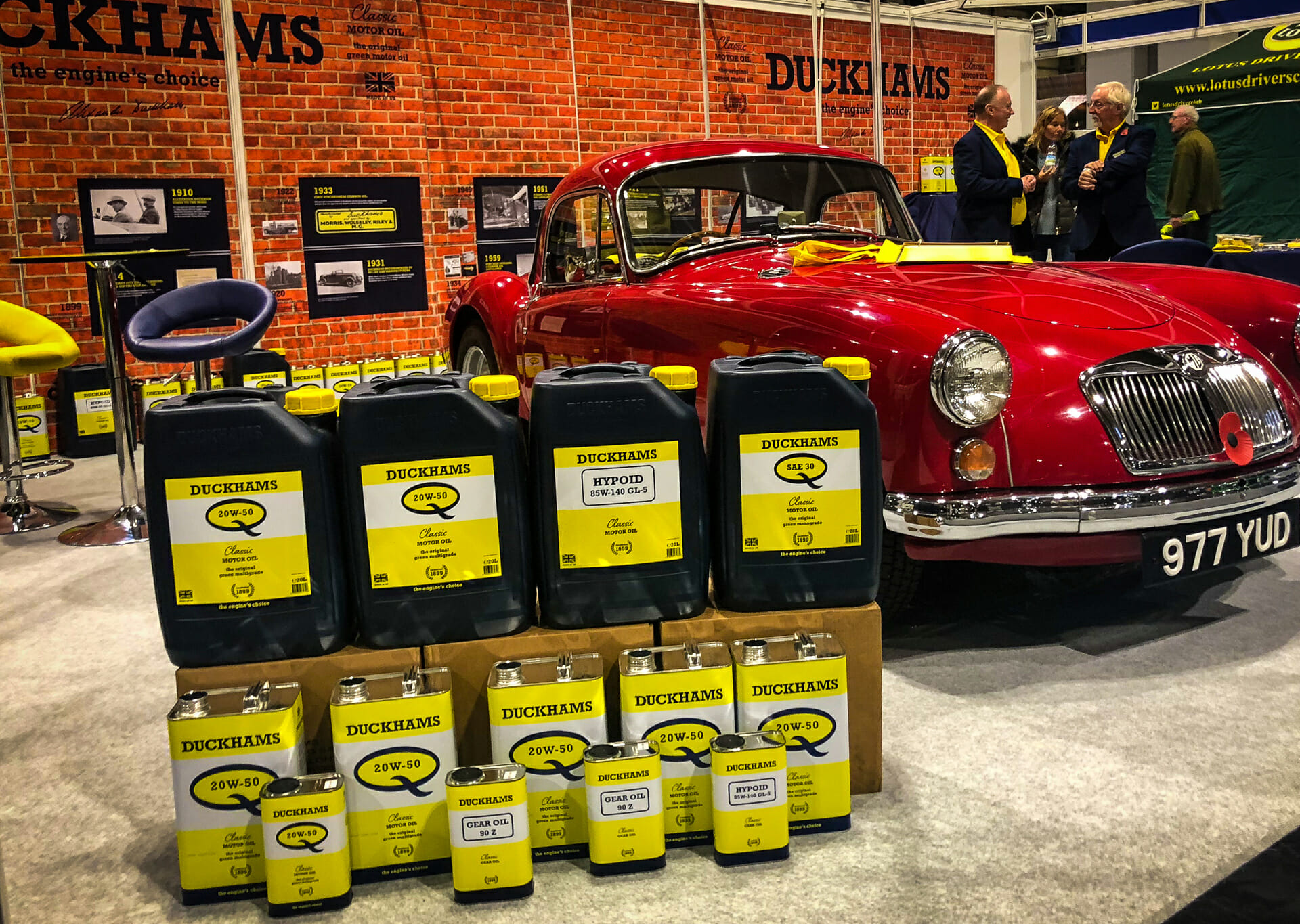 Just when you thought the climax of the annual classic car show season couldn’t get any bigger or busier, it does! Over 71,000 attendees headed for Birmingham’s NEC over the weekend of the 9 – 11th November 2018 for the world’s biggest gathering of classic motoring clubs, to celebrate the many landmarks within this year’s NEC Classic Motor Show.

For us at Duckhams it was a chance to meet customers, share our advice and knowledge on classic vehicle lubricants and announce the introduction of our new gear oils and Q 10W – 40 multi-grade classic engine oil. The introduction of this new engine oil grade for historic vehicles is an important recognition of the large influx of more modern classics into the scene as new generations of cars gain historic status. These vehicles are just as deserving of high-quality classic oil as previous generations of classic cars and with our optimised levels of ZDDP and superior base oils Duckhams is helping to preserve this new wave of cars on our roads for the future. 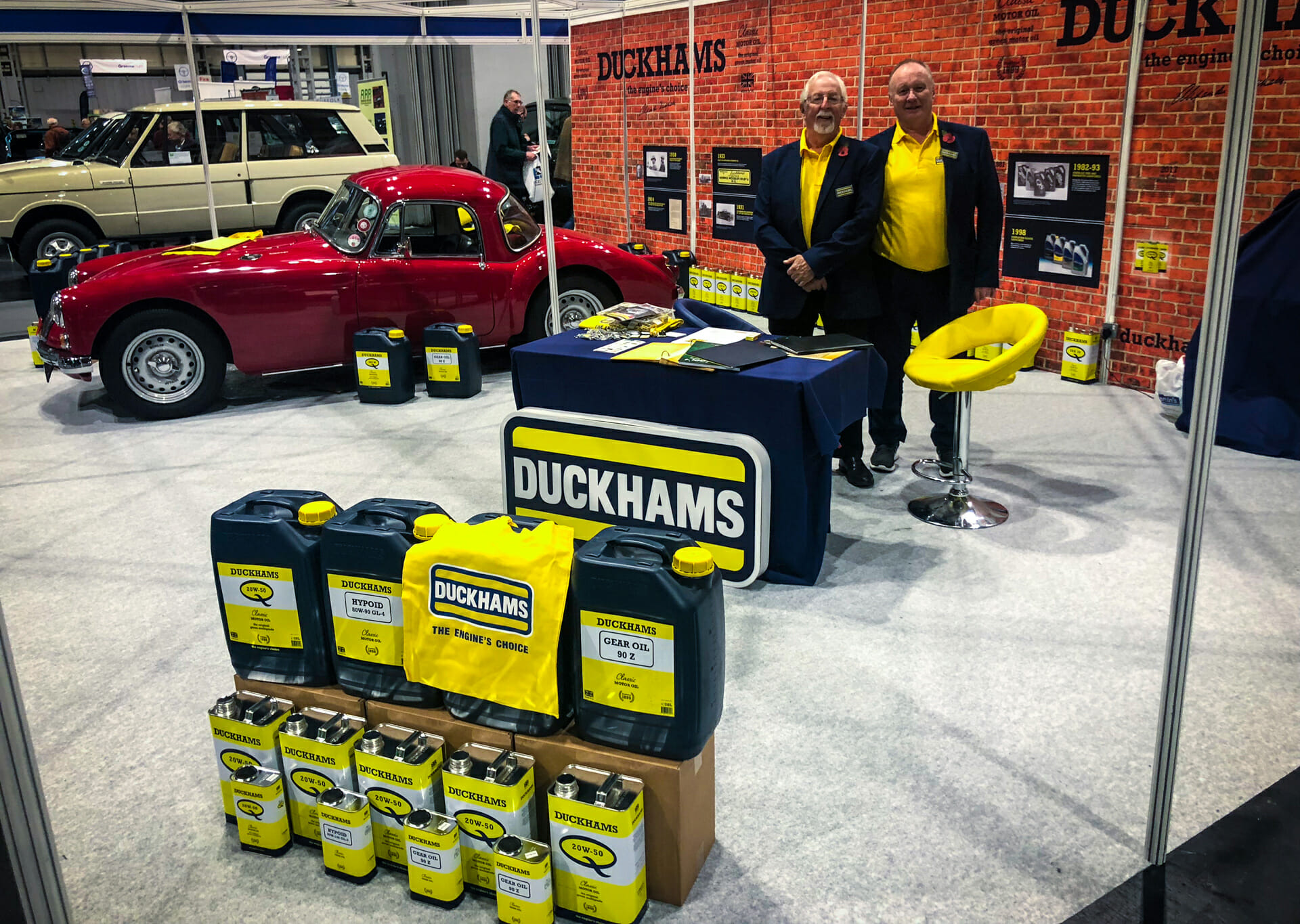 “This was a landmark year for the show in so many ways; The biggest in size, the most ever cars, and reaching 300 clubs to make it the World’s biggest gathering of classic motoring clubs. But also, as it took place on Armistice Day and it was an honour to see so many clubs pay tribute.”

“There wasn’t a dry eye in the house as the two-minute silence was broken by the sound of a Highland piper on the Discovery Live Stage. Thanks to everyone who came and supported the show. Now to start planning how to celebrate next year’s 35th anniversary of the show!”

This year’s show theme was ‘Built to Last’ and as expected, the clubs and displays interpreted this in so many different ways and for one of our partner clubs, the TR Register, it was a selection of un-restored “Triumph Survivors” representing cars that were still in regular use, but still totally unrestored – and just as they were when they left the factory.

Peter James Insurance featured a range of Duckhams’ products within their ‘club lounge’. The insurance company are well established in the classic car world through their many relationships with car clubs. This year, their stand featured a club member lounge where customers and club officials could come and discuss their insurance needs within a relaxed and informal environment. As a fellow partner to the Federation of British Historic Vehicle Clubs, it was great to partner with the Peter James Insurance team in this way and we hope it will be one of many initiatives we work on together in the future. 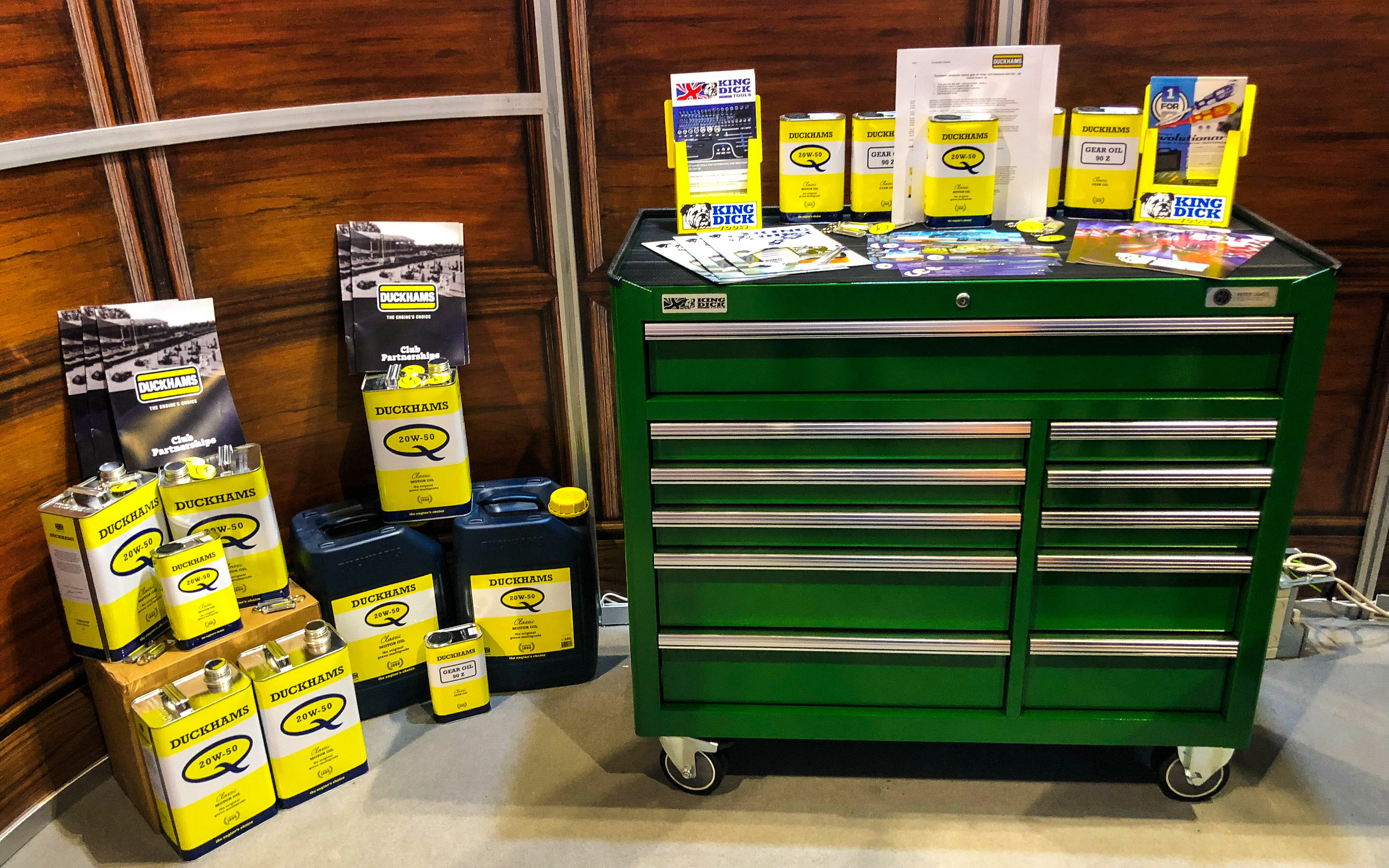 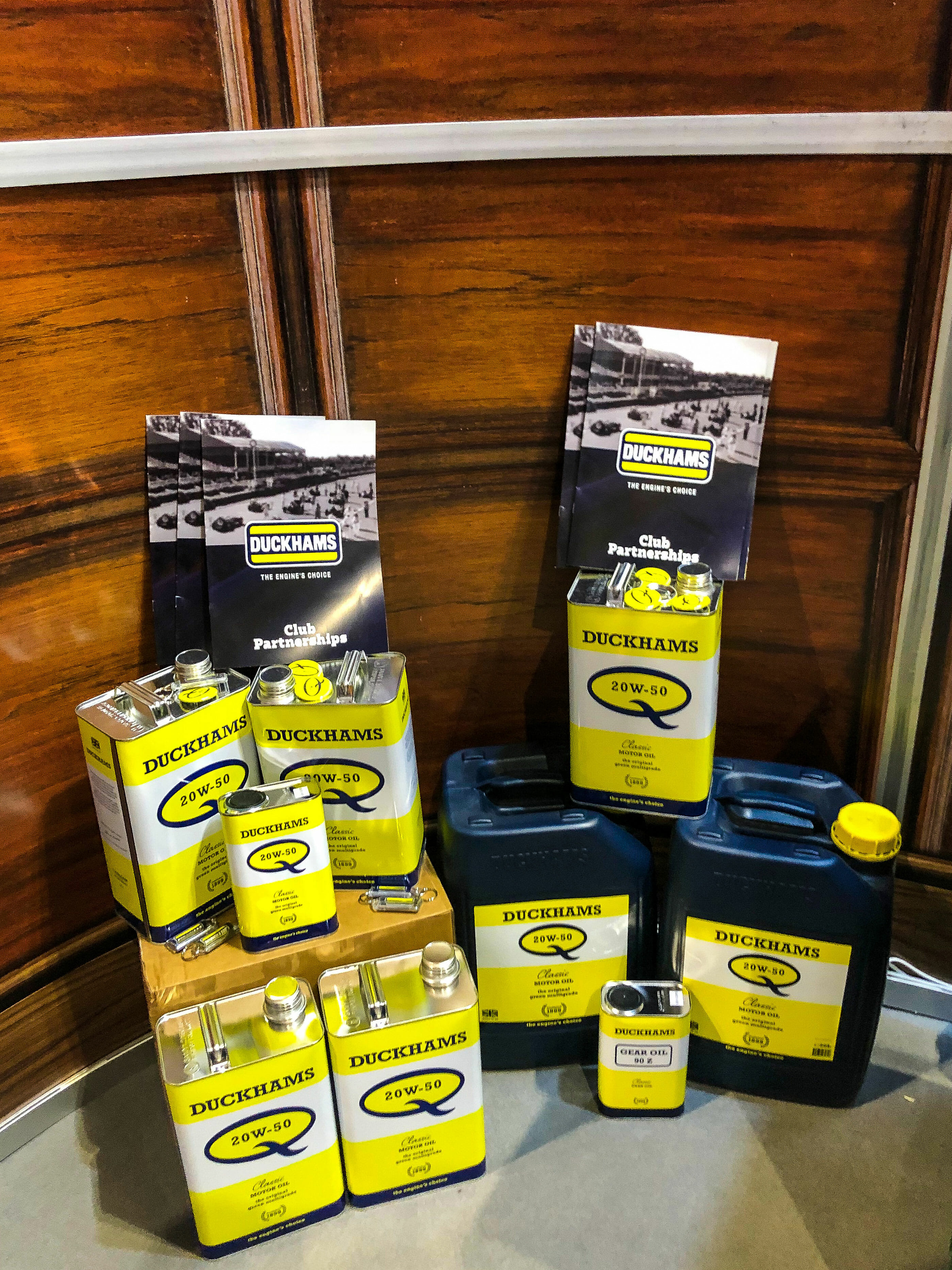 Duckhams car of the show

We couldn’t help but draw attention to this fabulous display from another of our partner car clubs, the Morris Minor Owners Club. Their recreation of the 1 millionth Morris Minor display caught our eyes not least because Duckhams used it on one our advertising campaigns back in the day, being the recommended engine oil for all of the Morris range of vehicles. 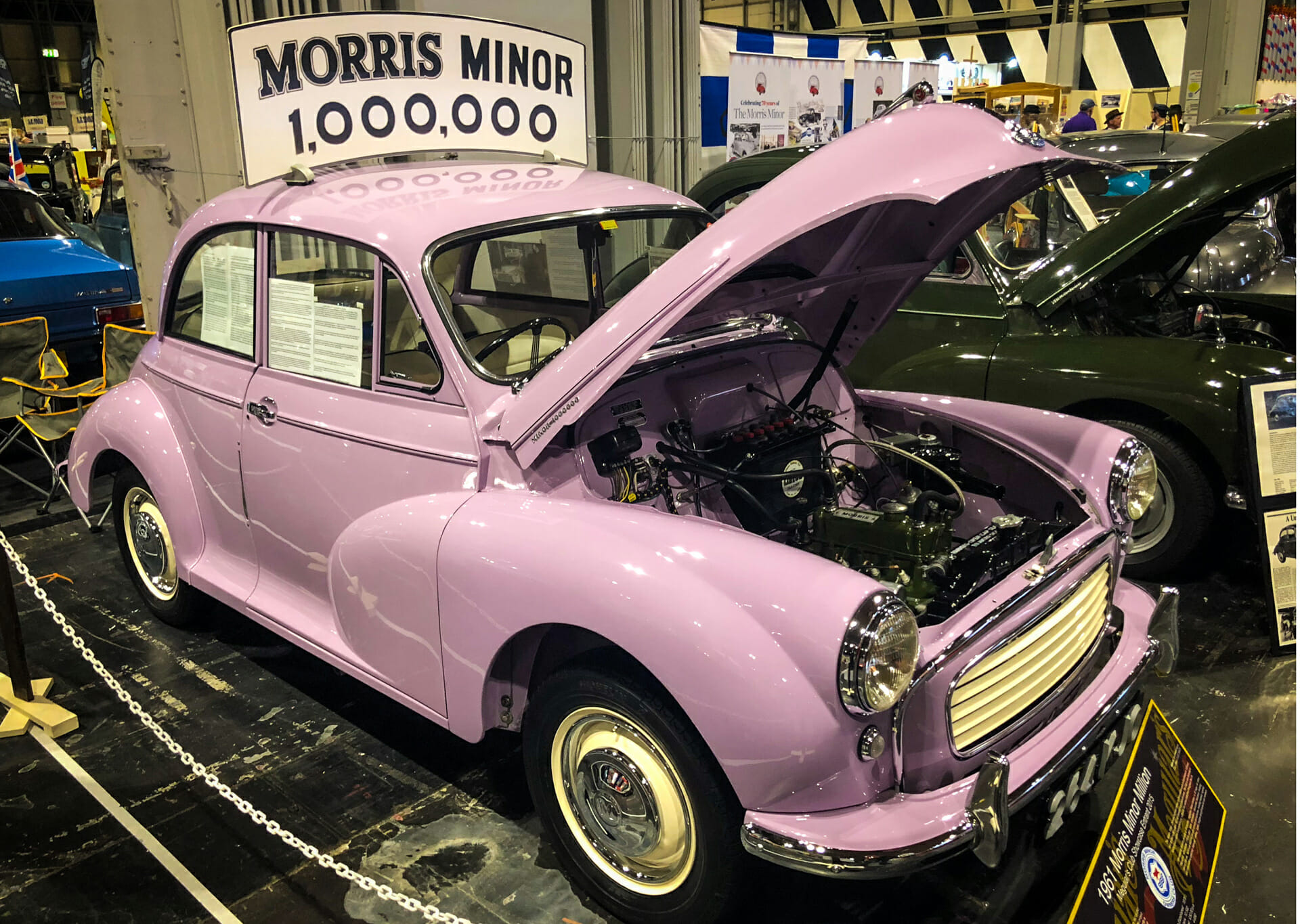 Elsewhere in the show

Dream Rides from the Sporting Bears Club raised £31,600 offering around 1,000 rides in exchange for a donation to children’s charities which included Silverstone Auctions saw £4million including buyer’s premium with 61% of the lots were sold at the weekend which will increase with post show sales. Frank Sinatra’s 1984 Rolls-Royce Corniche Convertible which was gifted to him by fellow Rat Pack members, Sammy Davis Jr and Dean Martin, sold for £140,625, while Steve McQueen’s 1945 Willys Jeep sold for £84,375. The biggest seller of the sale was the 1966 Aston Martin DB6 Automatic Sports Saloon at £214,313. 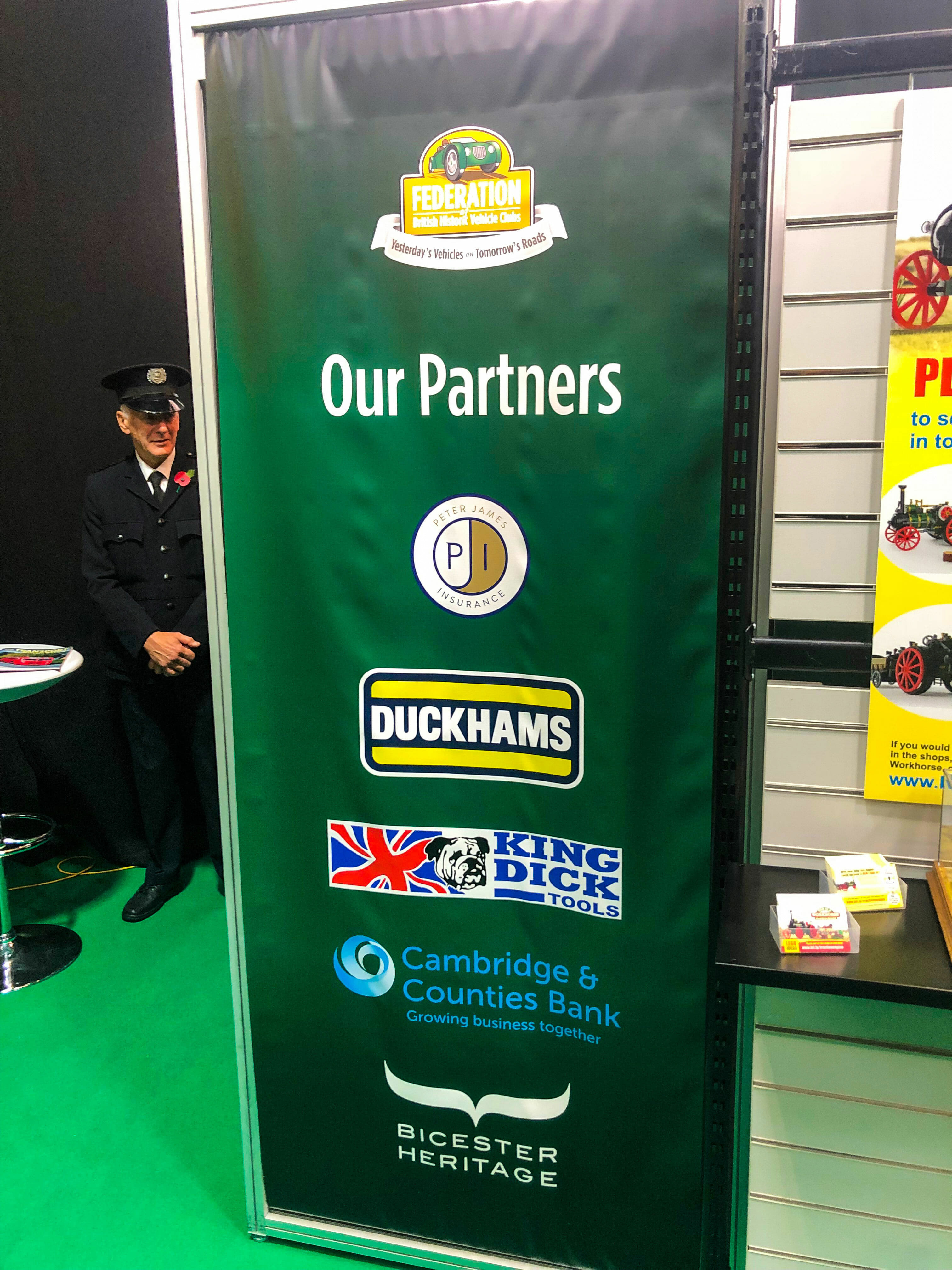 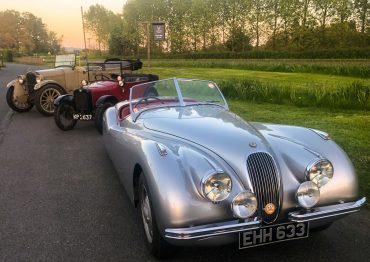 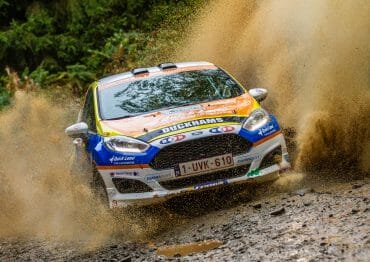 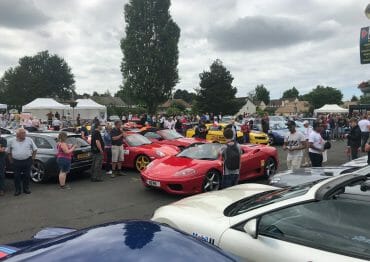