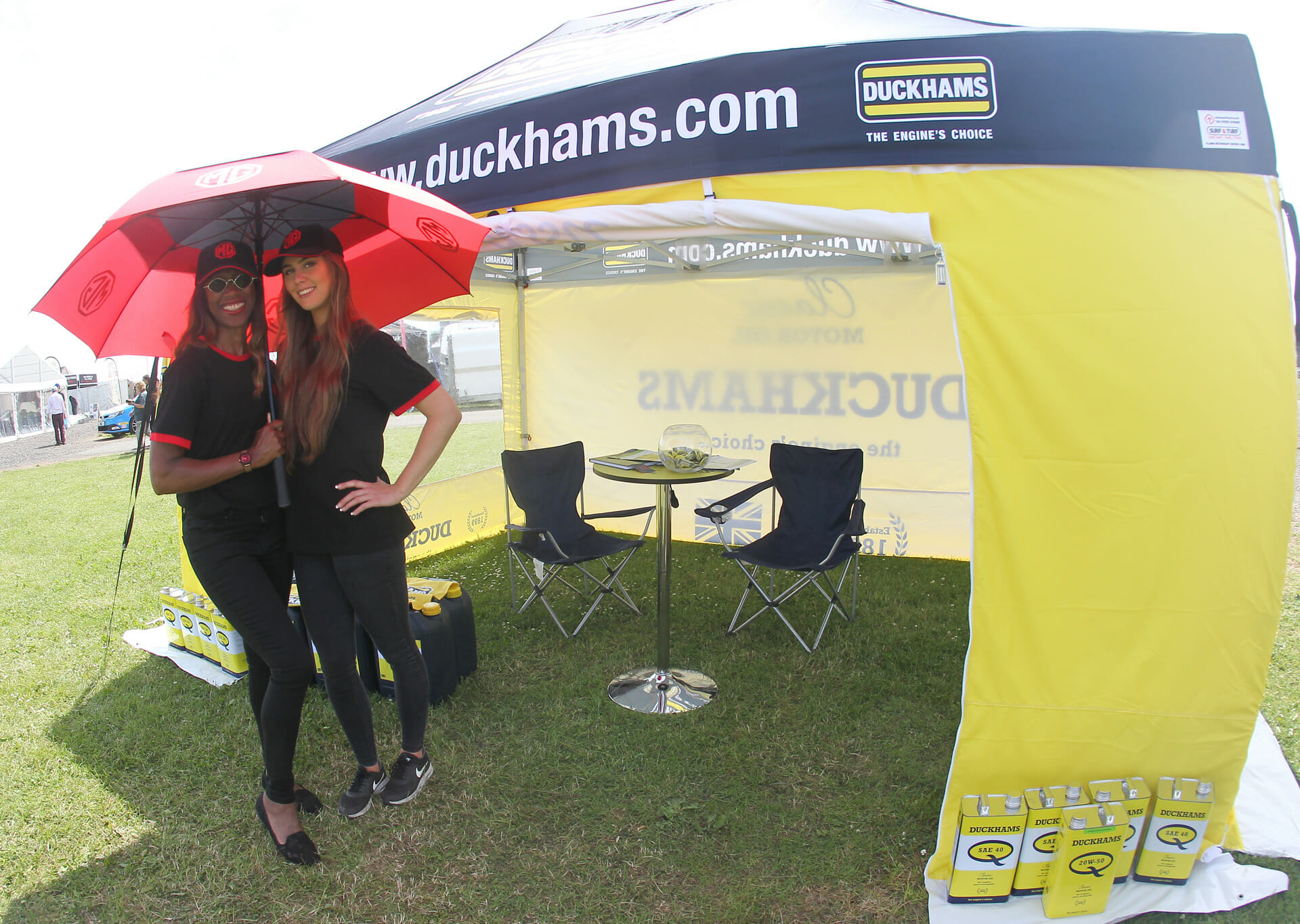 Many thousands of enthusiastic fans of MG descended upon Silverstone race circuit on the first weekend of June for another summer spectacular celebrating all things MG. MGLive! Is the result of a phenomenal achievement over many years by the MG Car Club and this year they gained even more support from the MG factory in China and also Duckhams Oils who hosted the Village Green entertainment arena. 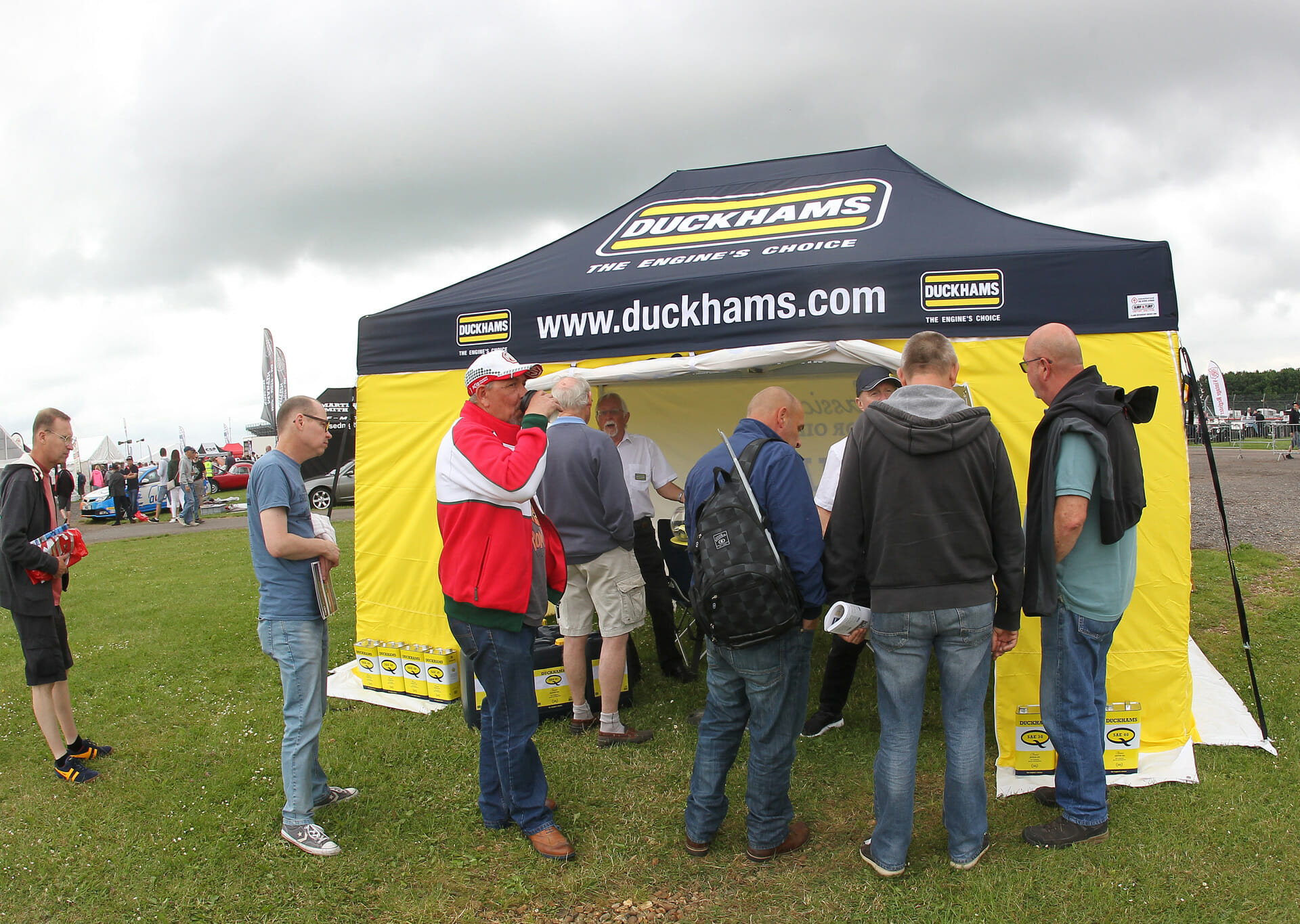 The Duckhams Village Green offered two fantastic music acts, the Candy Girls and the Gary Shaw’s Swing Experience before Euphoria took things through into the early hours. Alongside music, the live stage presenters Wayne Scott and Danny Hopkins from Practical Classics magazine kept the crowds entertained with chat and interviews covering all aspects of MG ownership. 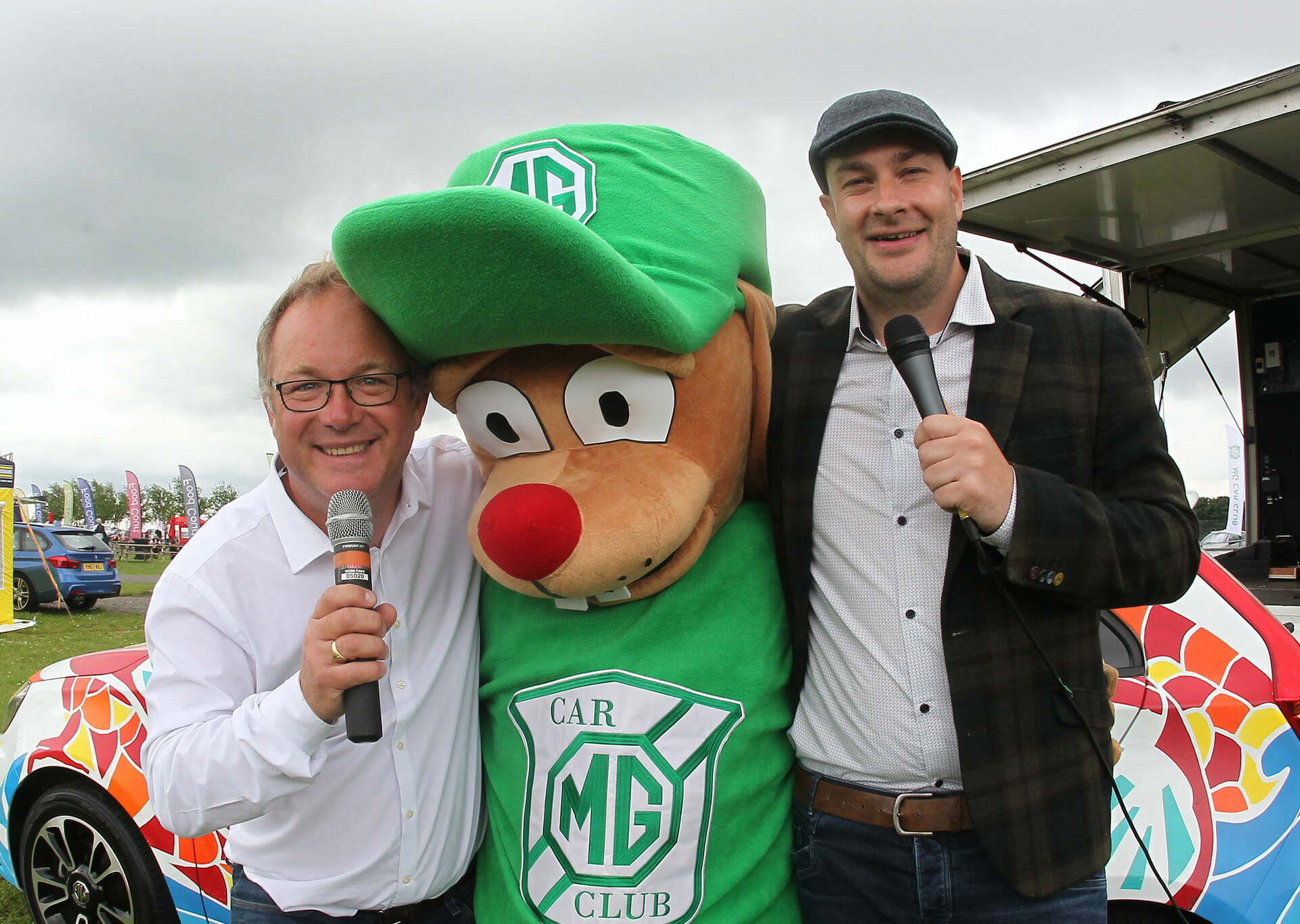 Autodetailing.com were also on hand to give tuition and demonstrations on classic car care and once a day throughout the weekend Duckhams presented a Technical seminar to explain away some of the common myths and misconceptions around classic car oil. Martin Gough, Director of Classic and Motorsport oils at Duckhams, in conversation with Wayne Scott covered subjects from winter storage oil changes to ZDDP levels and why you should avoid high detergent oils in older engines. A fascinating history of Duckhams was explored as well, looking back to the word record attempts that Duckhams and MG carried out together with Goldie Gardner and the introduction of Europe’s first multi-grade oil. 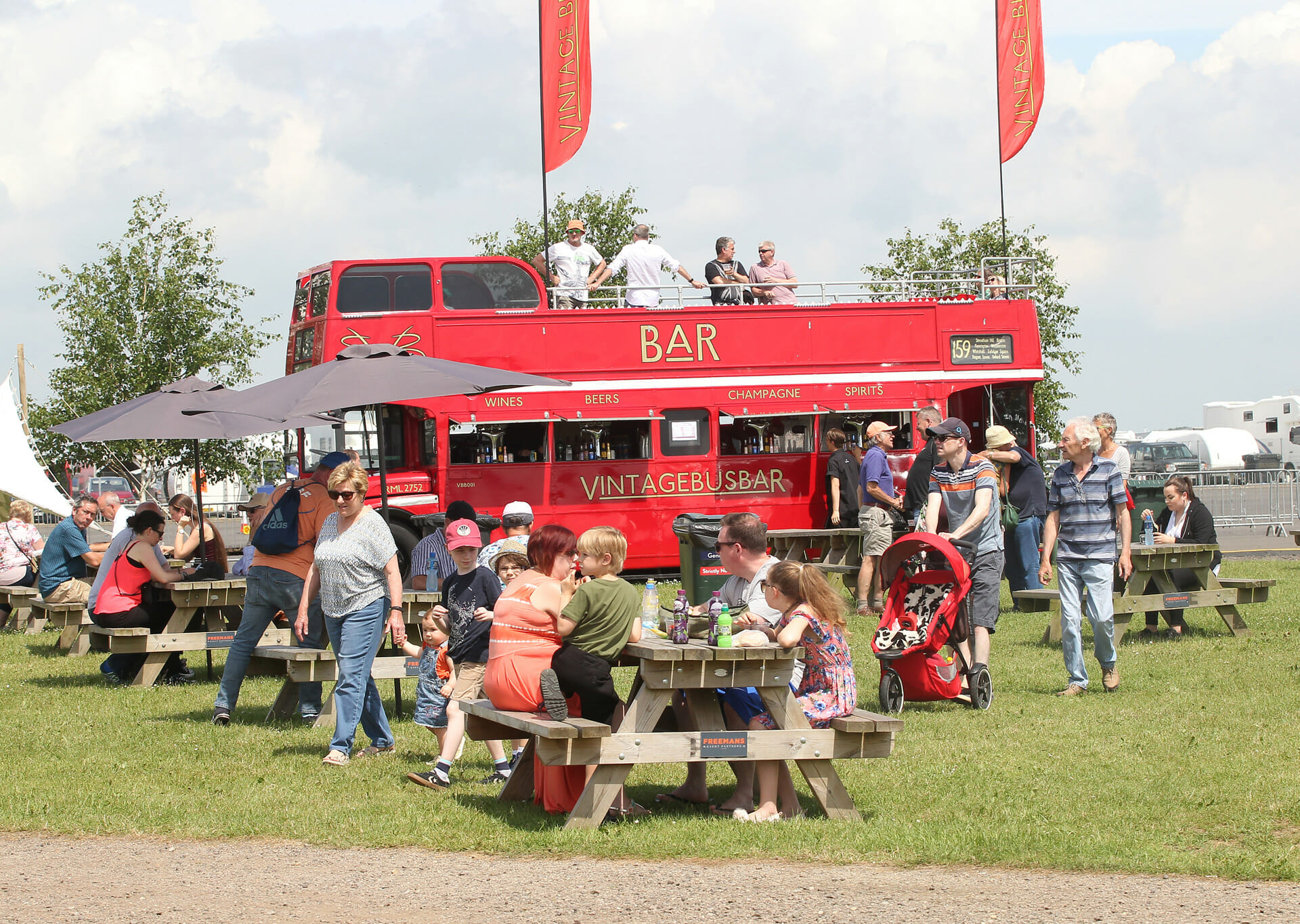 Duckhams also showcased their latest addition to the product range in the form of 20 litre pails for all the oil grades on offer that represents a significant discount over buying the 5 litre tins for classic car owners. Martin Gough explains,

“MG Owners gave the new 20 litre pails of oil a warm reception when we unveiled them at MGLive. It brings the cost of our premium quality oil from £29.99 per gallon down to just £18 so it’s very popular, especially when combined with the free shipping offer open to MG Car Club members.” 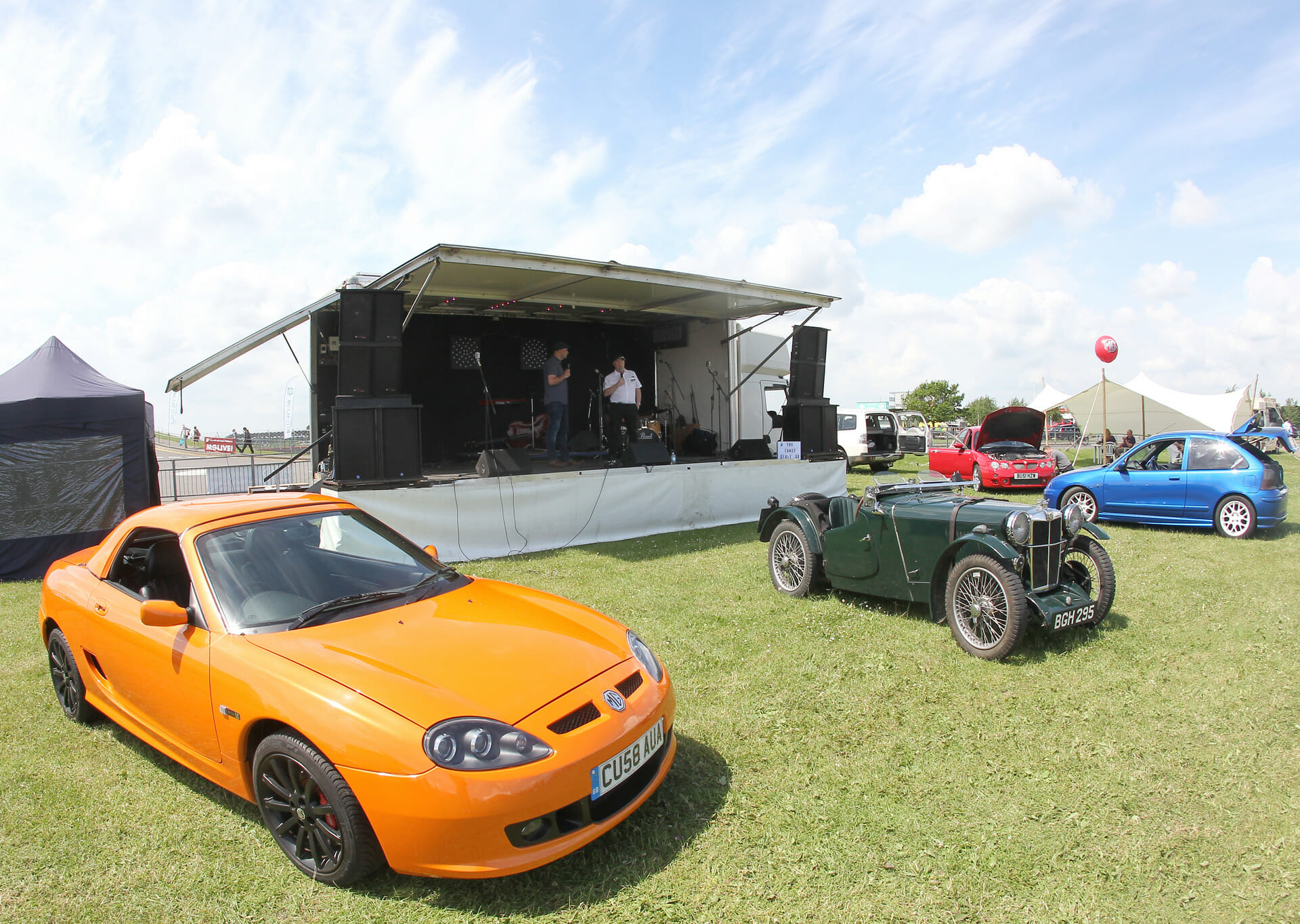 The Duckhams Village Green also featured a large number of catering outlets alongside the now famous big red bus bar and spectators were able to use the ample seating and marquees to sit in and relax whilst enjoying the action on the Duckhams Live stage.

This year’s MGLive also featured a heavy presence from the MG Motor Company including a delegation from the companies HQ in China as well as representatives of the team in India, which is an emerging market for the MG brand. 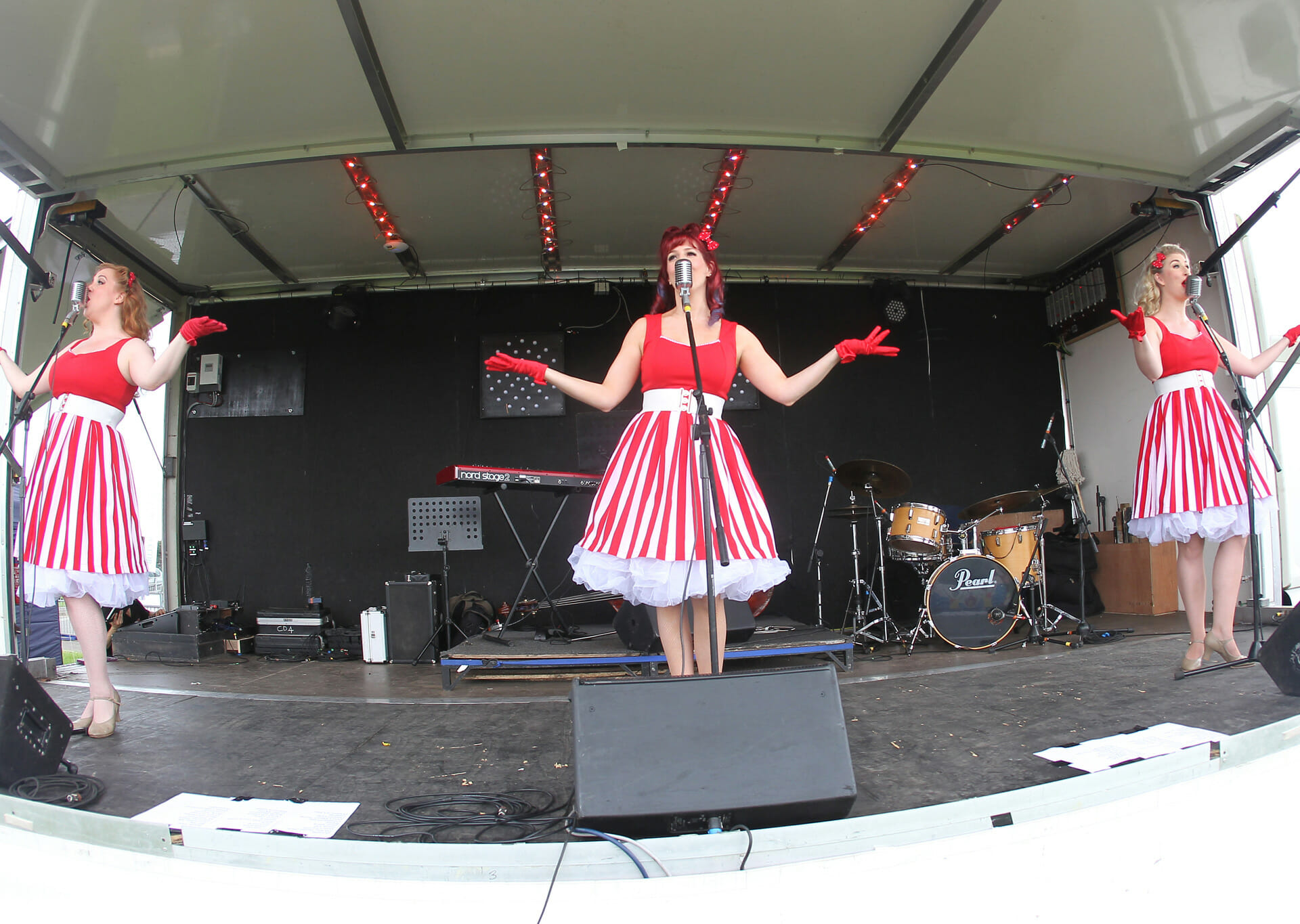 Stunt driver Russ Swift put the new MG SUV through it’s paces by driving it around the arena on two wheels, as well as an MG6 in which he performed J-Turns and his famous handbrake parallel parks. Russ Swift also flung an MGB around in a wall of tyre smoke; the car features modern MG running gear underneath its traditional bodywork. Russ Swift, who has been stunt driving to audiences around the world in MGs for over 30 years, used his skills to help MGLive raise money for the event’s designated charity, SeeSaw. 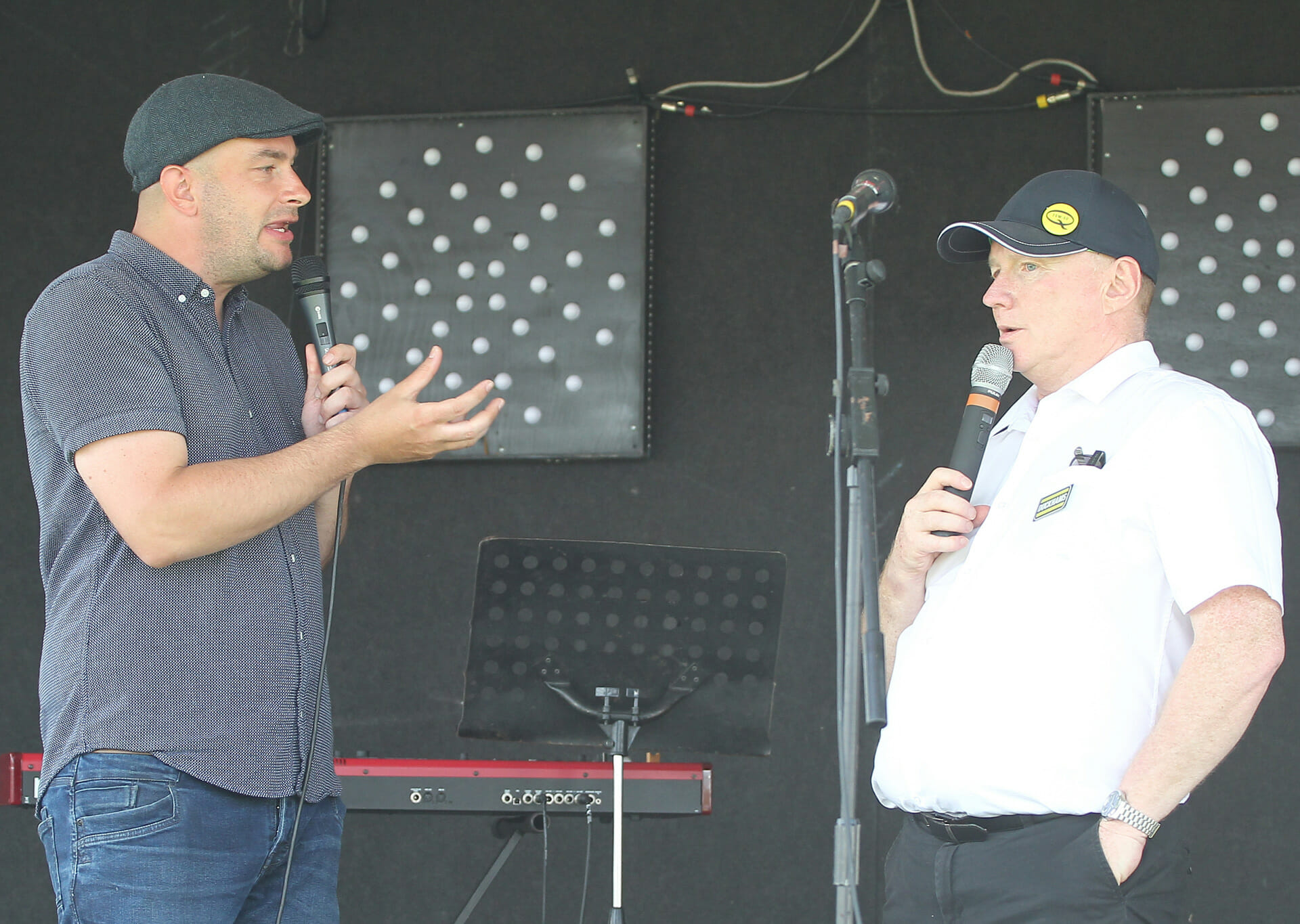 Saturday saw the Autotest competitors battling it out and laying down some impressive streaks of rubber on the Silverstone tarmac as they fought for the California Cup. There were some serious contenders and the sport was ultra competitive. What was impressive was the vast array of vehicles taking part, from light and nimble MG Midgets to the MG Magnette saloons and even more modern MGs. Any onlooker could easily get an impression for how much a win in the California cup meant to these competitors who entered their cars from all walks of MG Car Club life. Wayne Scott and Danny Hopkins, alongside the MG Car Club General Manager Adam Sloman, presented the awards on the Duckhams Village Green live stage, to end day one on Saturday evening. 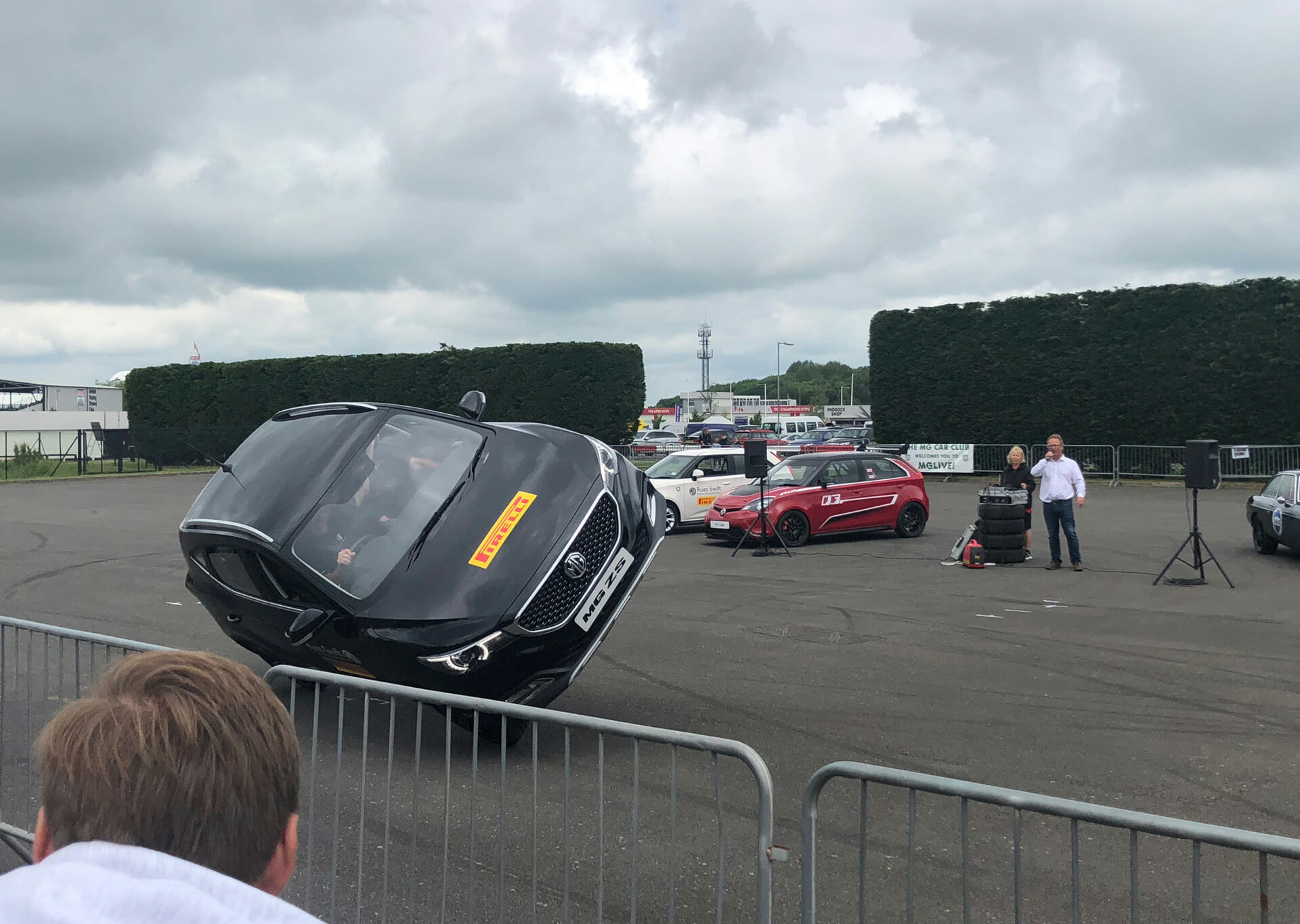 “I think the partnership between Duckhams and MGLive brought a new feature to the event. The relationship on stage between Wayne Scott and Danny Hopkins was fab and there’s bags of potential for us all moving forward.” 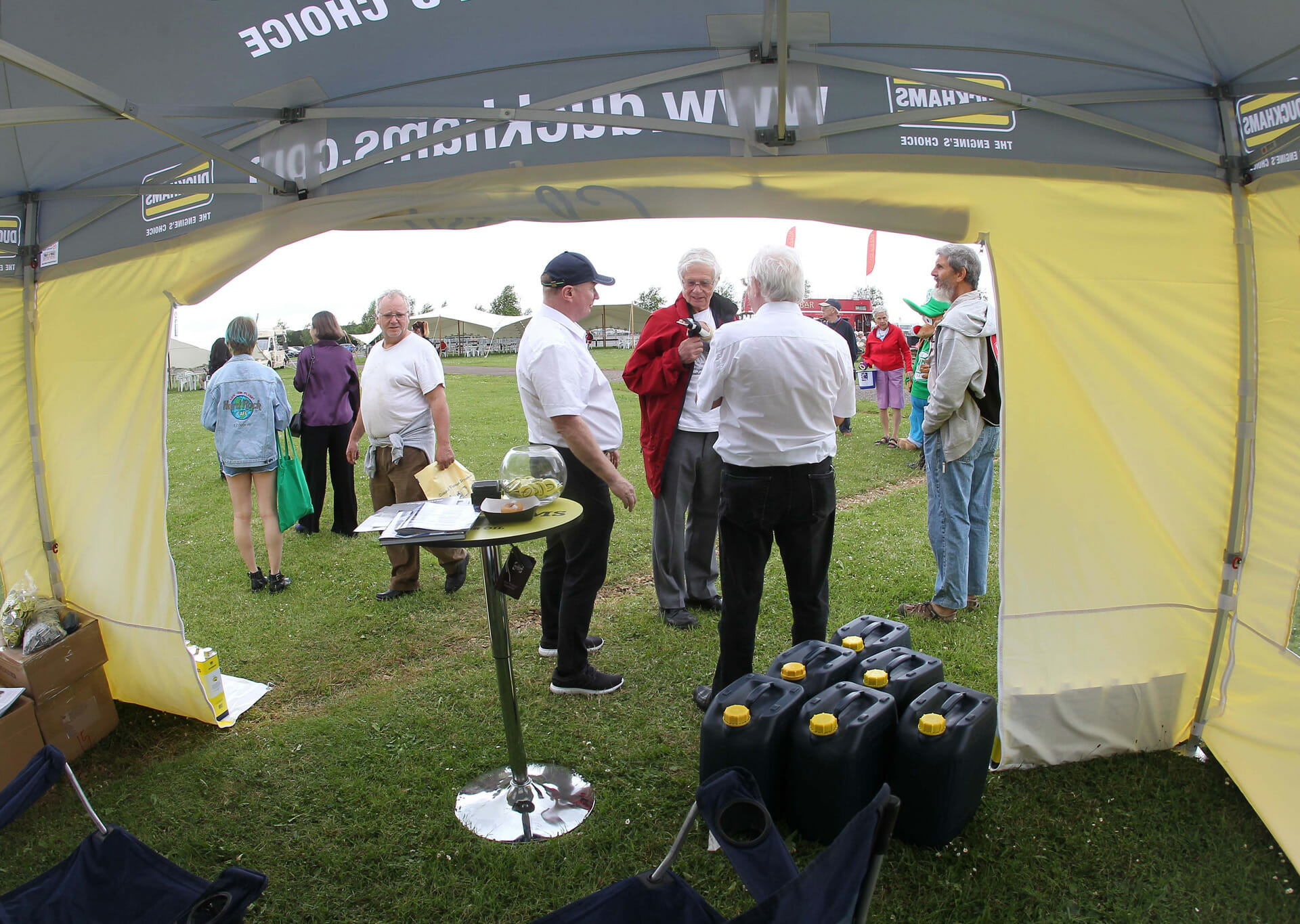 Sunday brought another gloriously sunny day and an ideal opportunity to wander amongst the various displays from the huge selection of registers within the MG Car Club representing every facet of the marque. The Duckhams Village Green once again opened proceedings for the day by interviewing owners of MGs that represented the timeline of MG throughout the eras, beginning with a 1935 P-Type that would remain as the backdrop to the stage throughout the day. 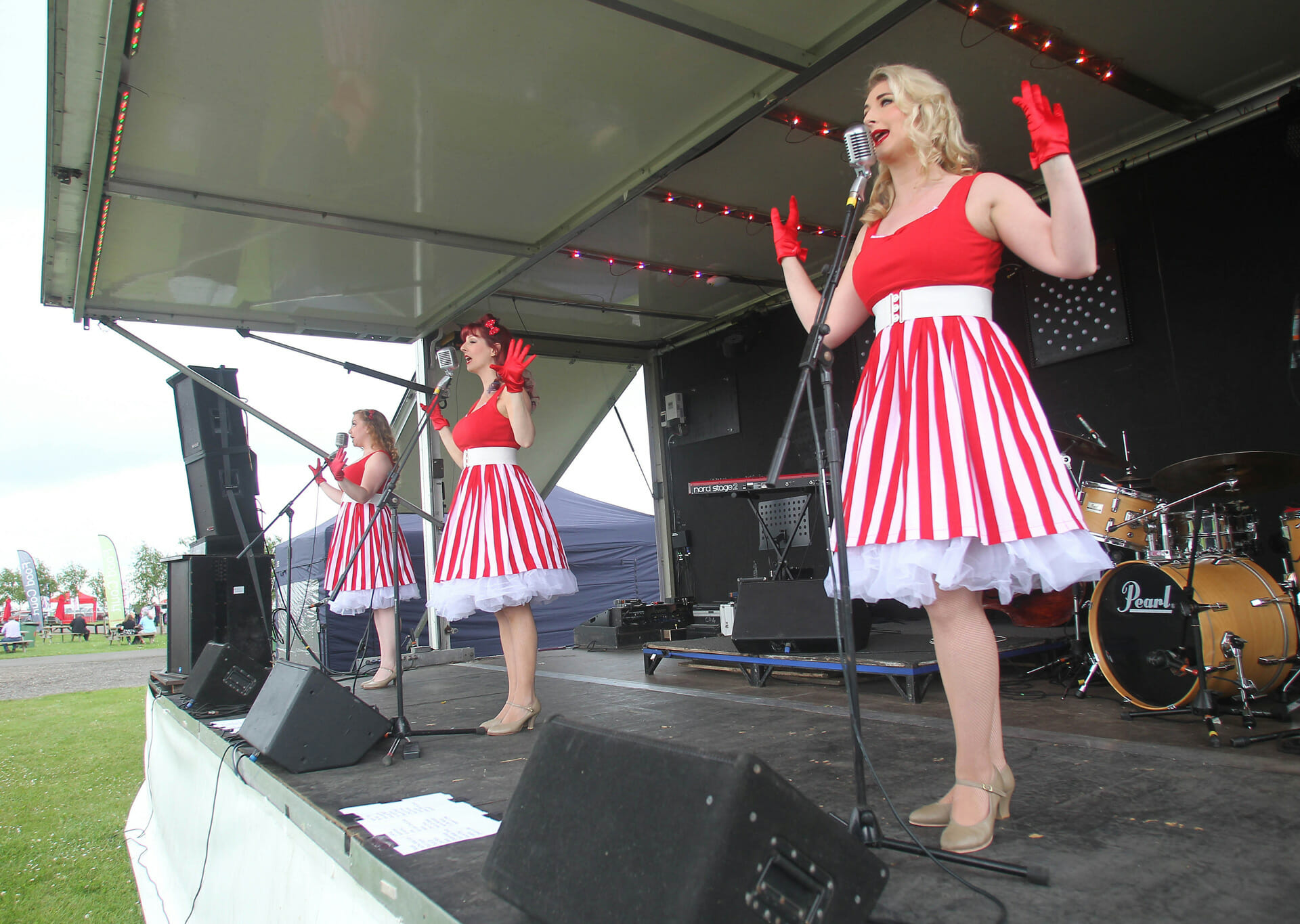 The MG factory cars included the MG3 art car which had been unveiled just a week previously and showcased a bodywork design from Coventry University students representing the varying cultures and countries that make up the MG car market across the world. The MG team was on hand throughout the weekend with demos of the latest from the range and it was great to see factory support for the MG Car Club and it’s superb event. 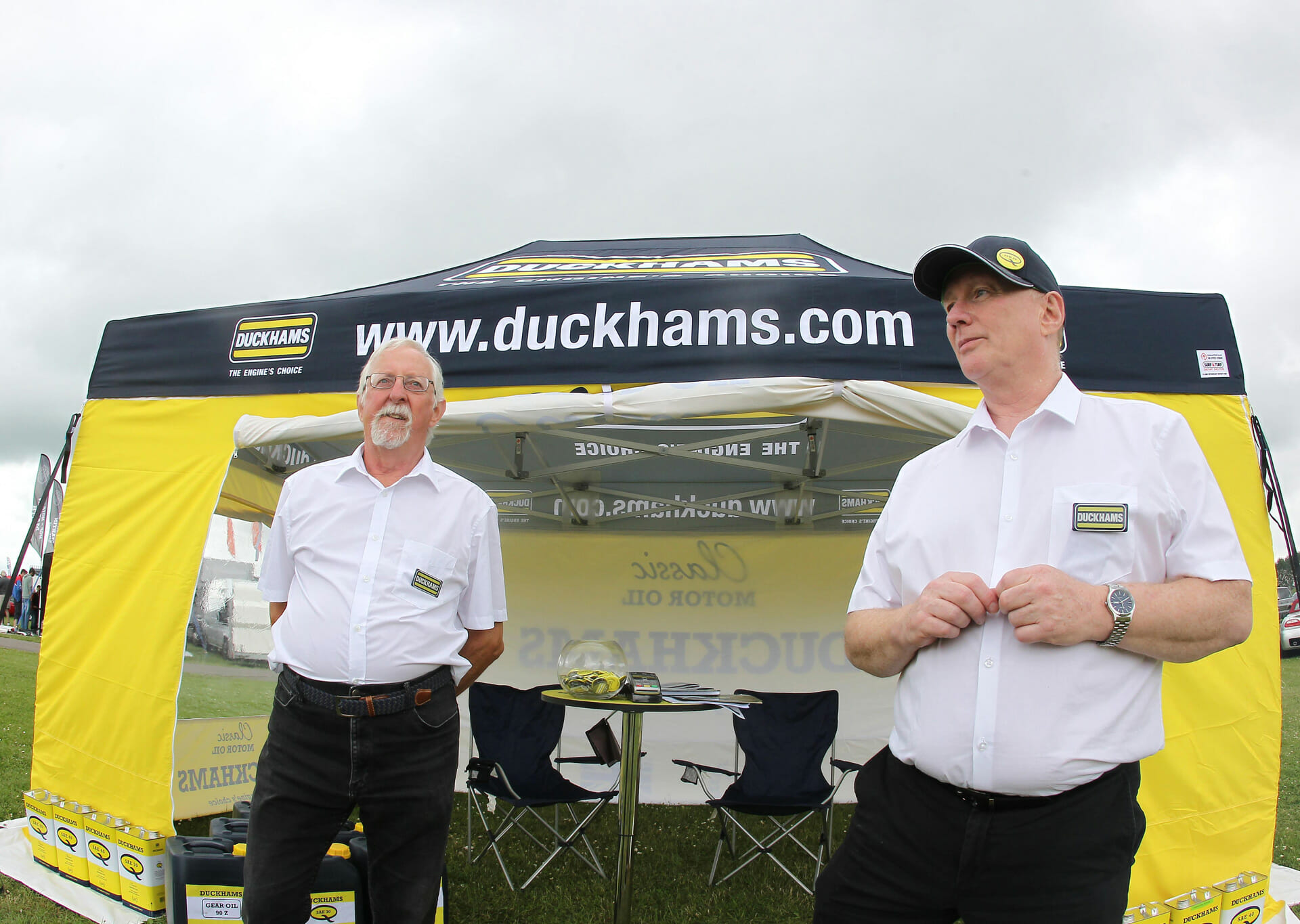 The MG Car Club Young members also visited the Duckhams Village Green with cars in regular use and perfectly presented by the enthusiasts that represent the future of the classic car world in the UK. Things look to be very safe in their hands! 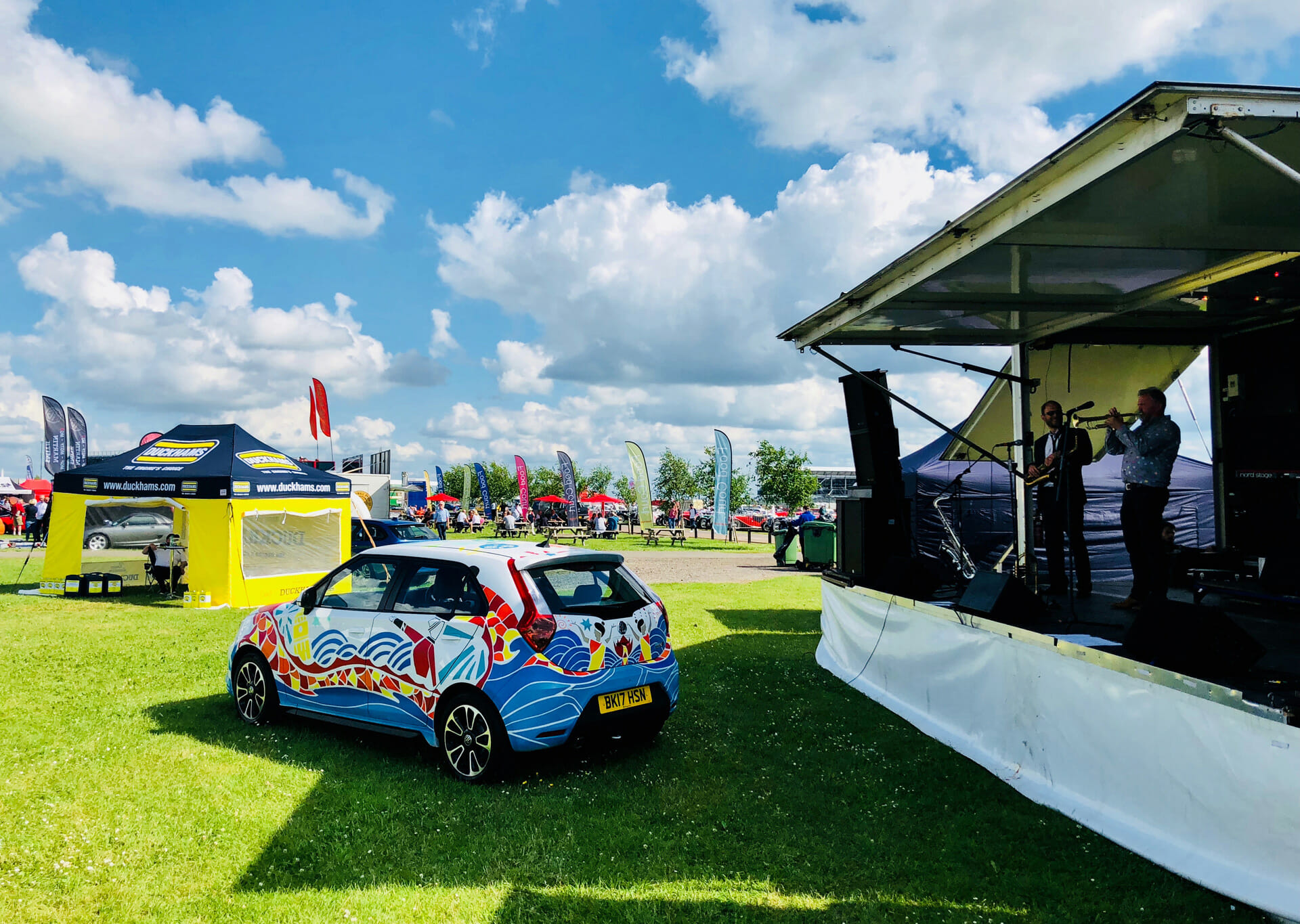 The Duckhams Village Green live stage concluded by presenting awards to the huge number of Concours D’Elegance and Pride of Ownership entrants, another hard fought, if more sedate, competition that took place at MG Live! 2018. 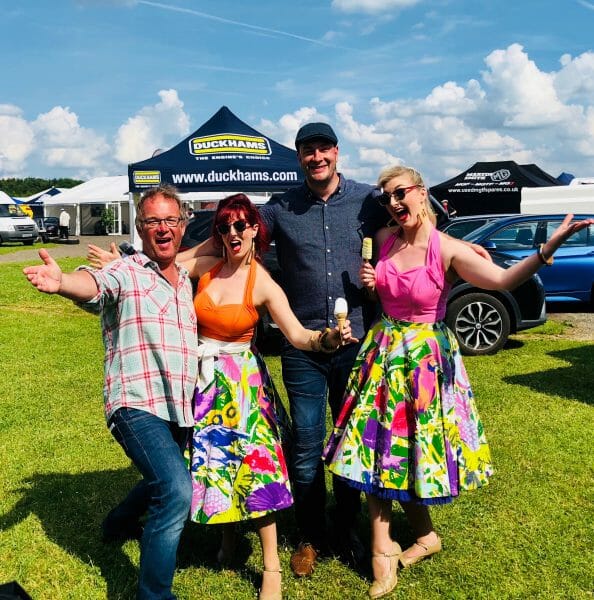 Speaking after the event Martin Gough from Duckhams Oils said;

“As well as thoroughly enjoying engaging with the members it was great to be involved with the event. The Duckhams Village Green brought a great atmosphere to the show thanks to our presenters and music acts throughout the weekend with larger and larger crowds gathering as the event went on. Overall, it was a very positive experience and one that we would hope to repeat next year with all our new friends in the MG Car Club.”

Keep an eye out on the event website www.mgcc.co.uk for news of next year’s event and for a full report on the motorsport action on track see the news pages of www.duckhams.com/news-and-events 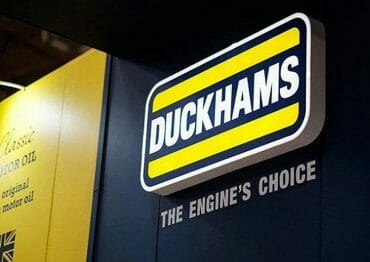 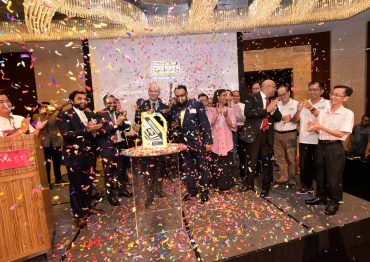 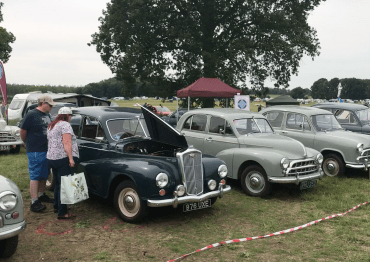